The year has started out on a positive note.  On our first hike of 2022 we saw several ant nests. 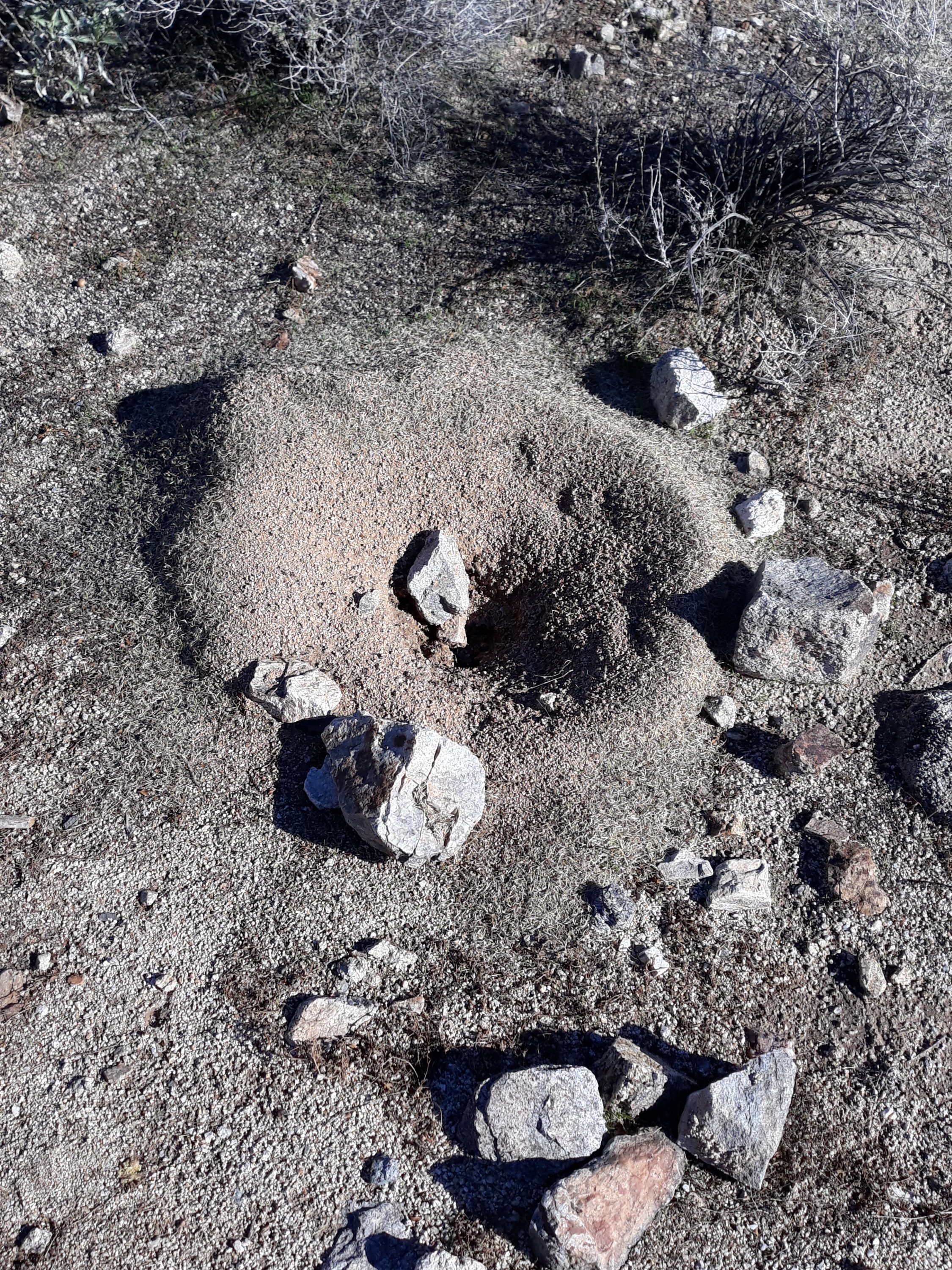 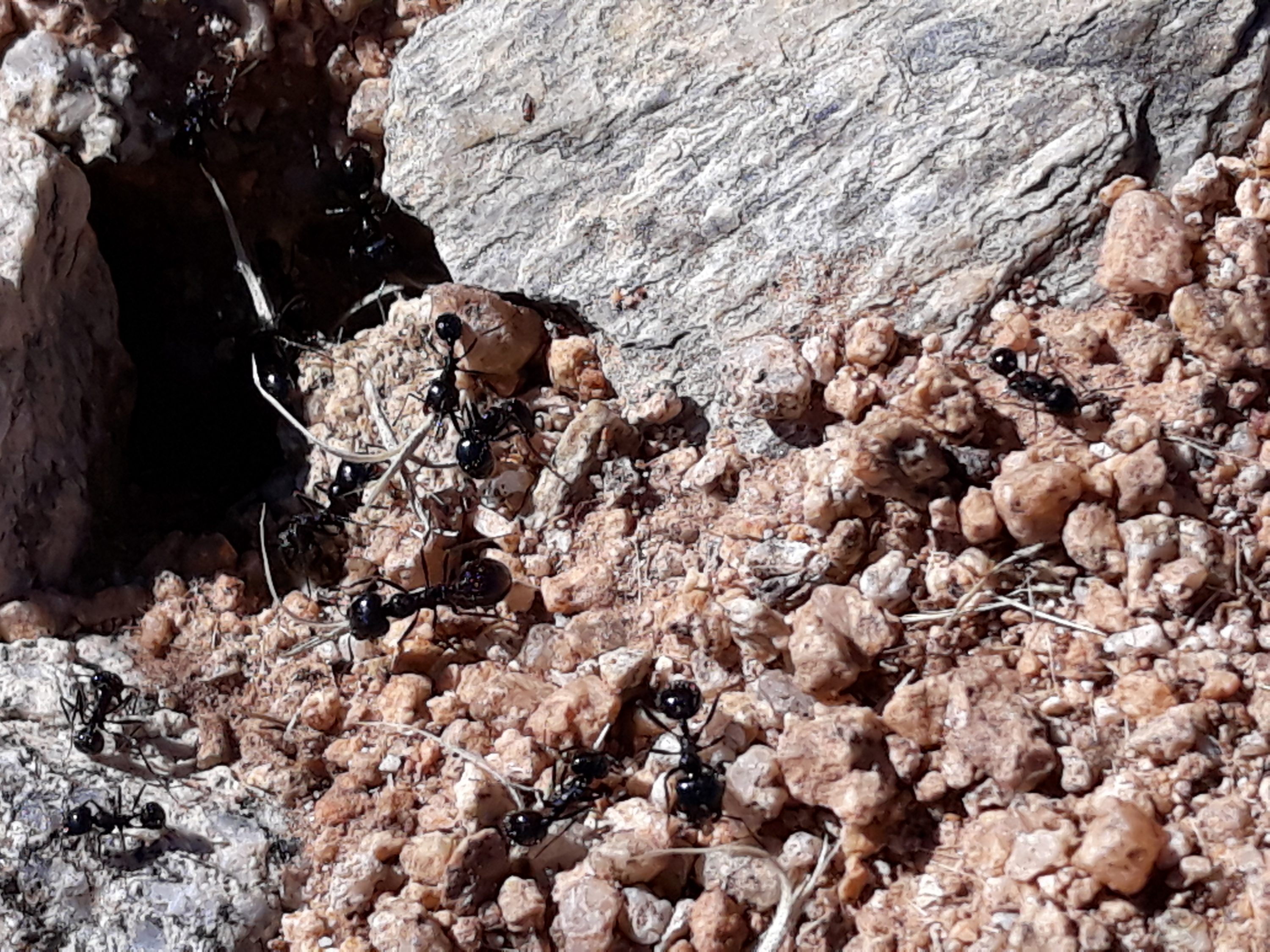 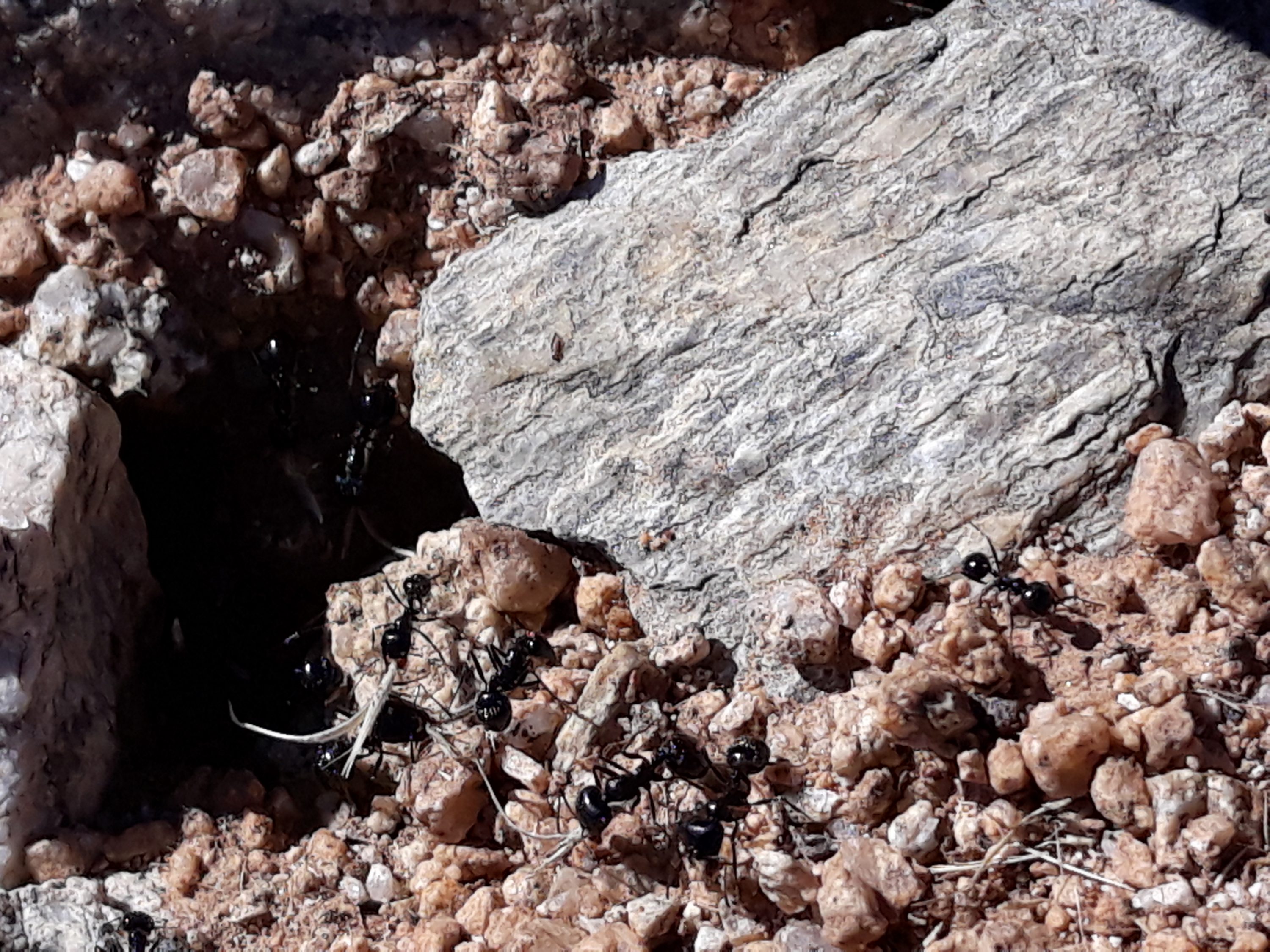 These are such beautiful ants. 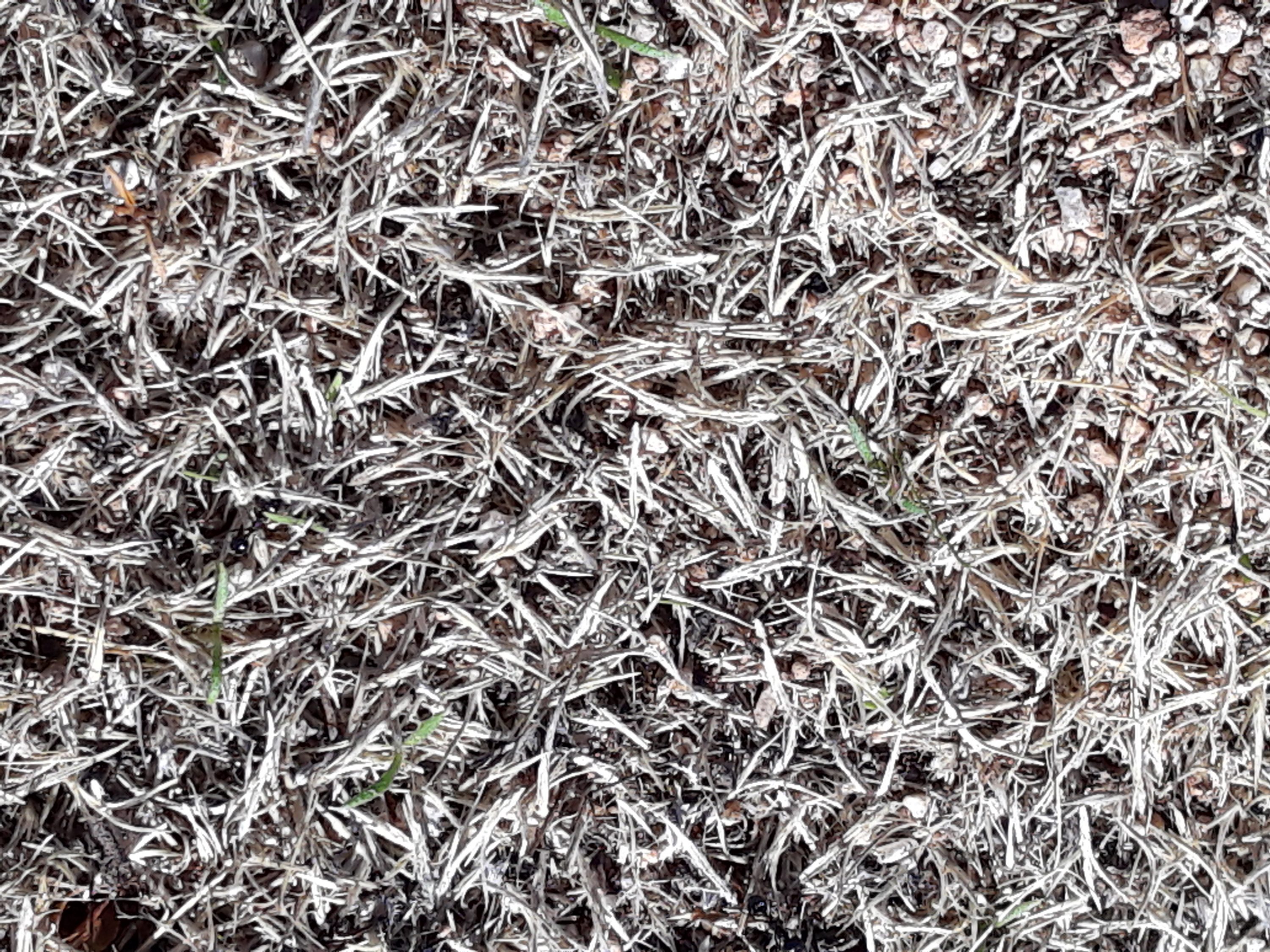 The middens appear to be mostly one type of grass.

This is a new hiking trail for me and I hope to return to it over the year to see how the ant nests progress (and carry my camera instead of just my phone).

Did you see any ants today? What kind?

I mentioned in recent post that the black harvester ants Messor pergandei are also reported in the older literature as Veromessor pergandei.

After seeing a 2017 article which used the name Veromessor, I decided ask for an update from one of the authors, Dr. Christina Kwapich, who is currently at Arizona State University.

Dr. Kwapich was kind enough to explain that the status of the name had been up in the air until Ward et al. (2015) used DNA techniques to sort it out during a major revamping to the ant subfamily Myrmicinae. So, Veromessor pergandei it is.

Check out Dr. Kwapich’s research on Veromessor in this video.

She let us know that she’s doing some work on worker size and nest architecture that will come out this summer. We’re looking forward to it.