Want to travel the world in 2021 and learn more about ants? Check out the California Academy of Sciences’ Ant Course.

According to the website, this year the course will be held August 1 – 14, 2021 in Cuc Phuong National Park, Vietnam.

“The insect populations at Cuc Phuong are also highly abundant, with the identification of 1899 species and forms belonging to 169 families in 33 orders.”

It costs about  $450 on site, plus the student is responsible for their own travel expenses to and from the park. A limited number of students are accepted.

If you’d like to go, you will need to complete the application by April 1, 2021. Look for the “Apply Now” button near the top of the page.

You can see faculty and students from previous sessions by visiting the Ant Course yearbook.

Let us know if you go. 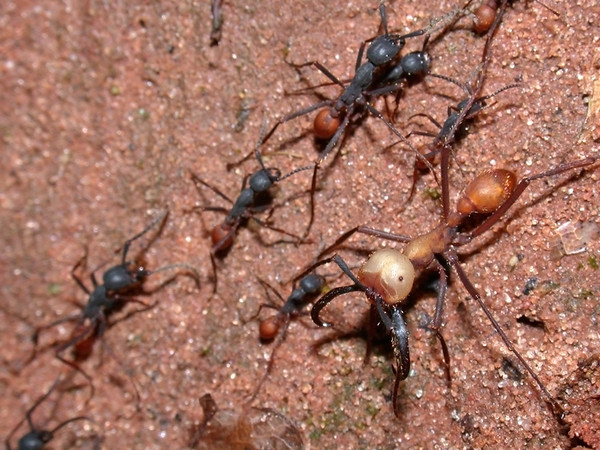 Written to be accessible for the general audience, the book features Kronauer’s eye-catching, gorgeous full-color photographs. In fact the illustrations might make you think it could  be a coffee table book, but don’t be fooled. Army Ants is full of serious, sometimes cutting-edge science, too.

What’s in the book

In the prologue, the reader learns about how popular culture has viewed army ants, as well as a quick introduction to the rest of the book. Kronauer explains he will focus on two species, Eciton hamatum  and Eciton burchelli.

Chapter One starts with the recognition of Eciton army ants by early European naturalists and the problems they had naming the species. It is a fascinating bit of scientific history and took some effort to untangle. Eventually, the taxonomy is sorted and science progresses.

In Chapter Two, readers discover how different groups of army ants fit in with other ants in the evolutionary tree, how they are different from one another and how they are similar.

Chapter Three discusses how army ants forage for prey during raids. For example, Eciton hamatum specializes in preying on ants and social wasps, whereas Eciton bruchelli raids ants as well as many other arthropods.  Do Eciton army ants raid the other abundant ants in the area, leafcutters? You will find out. He also mentions butterflies, flies, and birds that follow the raiding columns ( previous post describes antbirds).

Chapter Four delves deeply into the colony life cycles of the different species.  Army ants cycle between a nomadic phase when they move from place to place, and a statary or settled phase when the ants stay in one place for a few weeks. When they are statary, the ants form a living nest with their own bodies called a bivouac. All those ants working together to produce a physical structure that can even regulate the temperature and humidity inside is pretty amazing.

Chapter Five reveals how army ant colonies reproduce via fission, where colonies split up workers into two (or more) groups, one following the established queen and the other with a new, young queen. It is reminiscent of the swarming process in honey bees.

The final chapter, aptly named “The Traveling Circus”, focuses on all the other arthropods that live with, on, and travel with army ants. Mites and beetles are particularly common myrmecophiles. Some of their adaptations to life with army ants are mind blowing. On page 266 check out the mite that attaches to and takes the function of the tarsi of an army ant.

In the back matter is a full glossary, tons of references, and an index.

Army Ants is both an entertaining read and a good general reference to this specialized group of ants. Kronauer’s enthusiasm for his subject and expertise shine through on every page. Even someone who knows quite a bit about ants will probably find things that are new.

One unexpected aspect of reading the book the ability to armchair travel to tropical locations at a time when travel currently not an easy option. Although Kronauer doesn’t write about his adventures in great detail, on page 222 he mentions receiving the news that a colony of army ants was getting ready to fission and immediately booking a flight to Costa Rica to observe it. That’s a lifestyle most of us only dream about. By reading the book, we get to travel along with him.

If you are interested in ants or know someone who is, grab a copy of Army Ants today!

Disclosure: This book was provided by the publisher for review purposes. Also, I am an affiliate with Amazon so I can provide you with cover images and links to more information about books and products. As you probably are aware, if you click through the highlighted title link and purchase a product, I will receive a very small commission, at no extra cost to you. Any proceeds help defray the costs of hosting and maintaining this website.

If you are new to ants, you might enjoy this delightful presentation by ant enthusiast Merav sponsored by the Santa Clara Valley Open Space Authority.

She discusses a bit of ant biology, with an emphasis on ant nests. I particularly enjoyed some of the questions from the “audience.”

I’m supposed to give a presentation about insects (with some ants, of course) in January. I’m hoping it will be in person by then.  If not, this might be a fun alternative.

Have you seen any virtual presentations about ants recently? Are they available for public viewing? 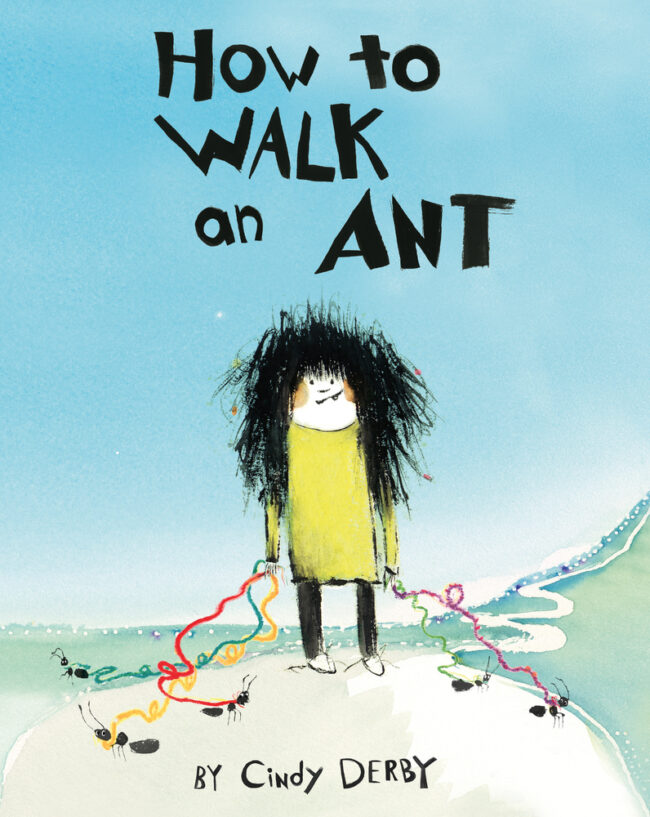 I’ve had this children’s picture book on my shelf for nearly a year and decided it was finally time to review it. Perhaps it took me that long to figure out what to say. Yes, it is that different.

How To Walk An Ant by Cindy Derby is quirky fiction that features our favorite creatures: ants.

My name is Amariyah,
and I am an Expert Walker.
No, I don’t mean I walk perfect,
I mean I walk things.

If that quote makes you laugh — or at least grin — then continue on. If not, then this book probably isn’t for you.

The main part of the book is a “nine-step guide” to walking an ant. After explaining how to find the ant and gain its trust, she says you must attach the leash.

Tie the smallest  bow in the universe then secure the leash between the ant’s thorax and head.

Things go downhill, or possibly uphill, from there. In fact, the humor can be dark at times and Appendix 1 explains how to carry out an ant funeral. Appendix 2 gives young readers some actual ant facts (although the ant anatomy part will probably make you wince).

Cindy Derby is an artist and her illustrations are wildly creative. You can take a peek inside the book at the publisher’s website.

Overall, How To Walk An Ant is likely to  appeal to budding myrmecologists and artists alike. It will certainly give you a lot to smile about, think about, and discuss after reading. Investigate a copy today!

Have you seen this book? What did you think of it?